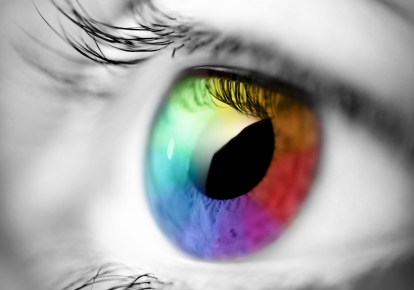 A new study entitled “Is There Any Difference in Human Pupillary Reaction When Different Acupuncture Points Are Stimulated?” examined the effect of different acupuncture points by measuring the size of research participants’ pupils (the black central part of the eye) using infrared pupillography (Mori, Tanaka, et al.). Human pupils change in size not only in accordance with the brightness of the environment but also with the state of the autonomic nervous system. For instance, animals such as cats and dogs, when frightened or preparing to attack, have wide-open pupils, indicating the activation of their sympathetic nervous system (the so-called adrenaline rush). On the other hand, when they are mellow and lying on the couch, their pupils are very small, indicating the dominance of the parasympathetic system (i.e., they are in a state of relaxation). Thus, evaluating pupil size using pupillography is a very useful method for determining the specific physiological effect of acupuncture. The study’s results suggested that the most significant pupillary reactions occurred when acupuncture point ST7 (a point on the face) was gently stimulated. Stimulating acupuncture points on other parts of the body (abdomen, leg, and arm) had less significant influences on pupillary reaction.

It should be noted that while facial acupuncture point ST7 had the most pronounced influence on pupil size, other acupuncture points on the body are no less important. Many other studies have demonstrated the elicitation of therapeutic responses in different internal organs, including the heart, stomach, intestines, uterus, ovaries, and bladder, by administering acupuncture stimulation to different parts of the body. The mechanism of action has been explained by the well-known physiological phenomenon called the somato-visceral reflex, in which administering sensory stimulation such as acupuncture to specific parts of the body’s surface evokes a reflective reaction in the specific internal organ (Sato & Schmidt, 1987). It has been discovered that parts of the body surface have a close neural association with a specific internal organ (e.g., the heart is linked to the upper back, the stomach to the middle back, the urinary and reproductive organs to the lumbar sacrum regions, and so on). By stimulating the traditional acupuncture points located within those reflective areas, the functioning of an organ can be altered without directly manipulating the organ itself.

Other mechanisms involved in the therapeutic effects of acupuncture do not require stimulating the area near the target organ. As an example, stimulating the TE5 point (located near the wrist), which is typically done at the end of each acupuncture session, has been shown in a series of previous studies to induce more generalized, systemic physiological effects (Nishijo, Mori, et al. 1995; Tanaka, Leisman, et al. 1997).

It is important to emphasize that the main tenet of acupuncture rests on the concept that the meridian system—the flow of energy, or qi—runs through the entire body. In clinical practice, the new knowledge acquired through research is integrated into foundational classical acupuncture in an attempt to produce the optimum clinical results possible for a wide variety of health conditions.